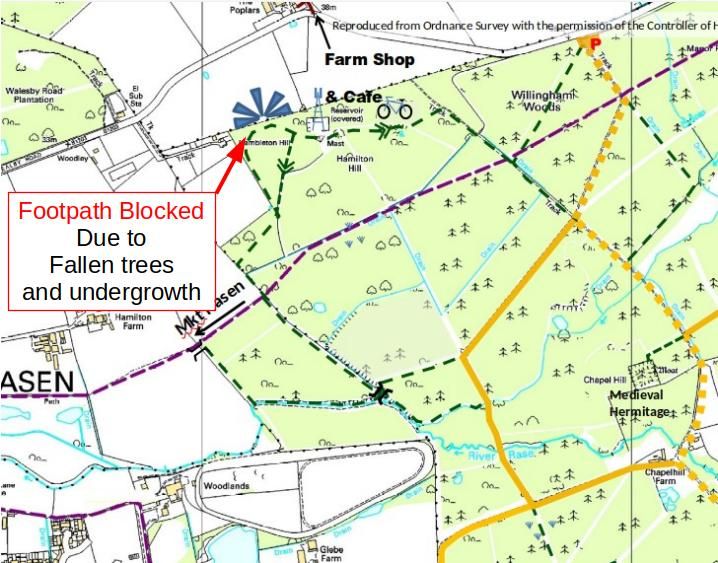 Due to damage of the wooden walkway on footpath 150 from Willingham Woods to North Willingham a small section of this path has been closed until the council has funds to repair it. In the meantime there is an easy diversion which goes along an existing public byeway and along a short well used path in the wood, which is all open access land. 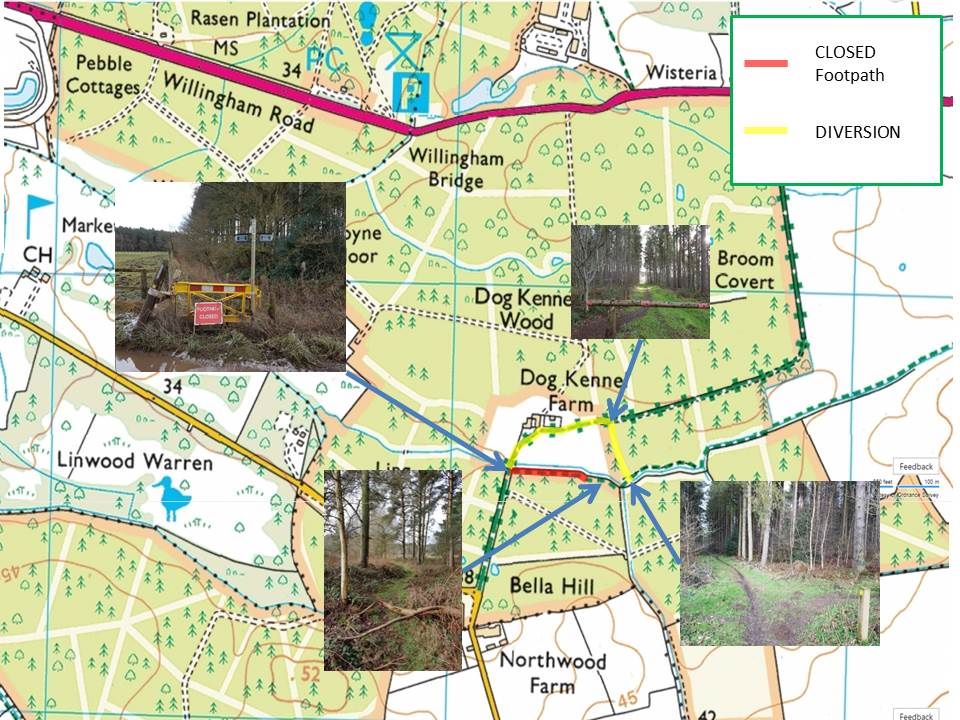 Path 124 North of Tealby has been diverted avoiding North Wold Farm. This is a permanent diversion that has not yet been updated on the OS maps 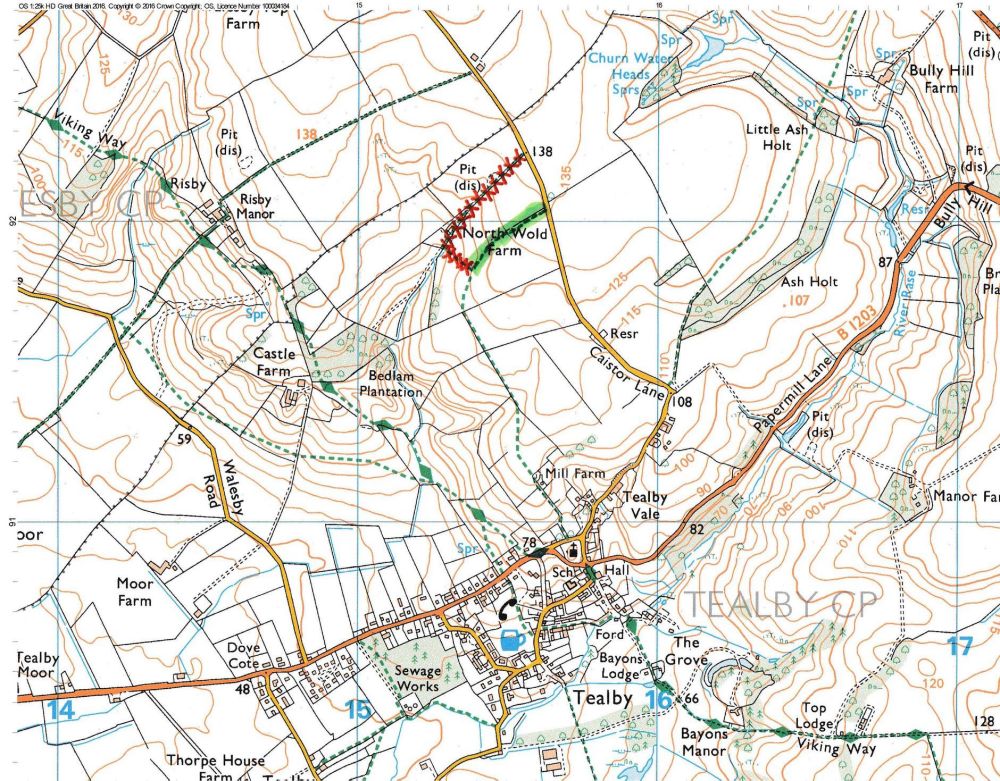 Footpath 128 which runs from Tealby to North Willingham. Earlier in the year a tree fell on to the bridge that crosses the stream near the southern end.
The tree was moved as was the bridge. Although the bridge was only slightly damaged the banking of the stream collapsed meaning the bridge would no longer span the gap.
There are several solutions but it will not be a quick fix. Either a new longer bridge would have to be built but would need to be of different materials than wood,
or the footpath would have to be diverted to a narrower point, both solutions are being considered but for legal and financial reasons it will not be quick .
There is a permissible path that runs through the grounds of the ice cream shop but it is not a Public Right of Way and only open while the shop is.
I would suggest if using it you buy an ice cream as you pass through. 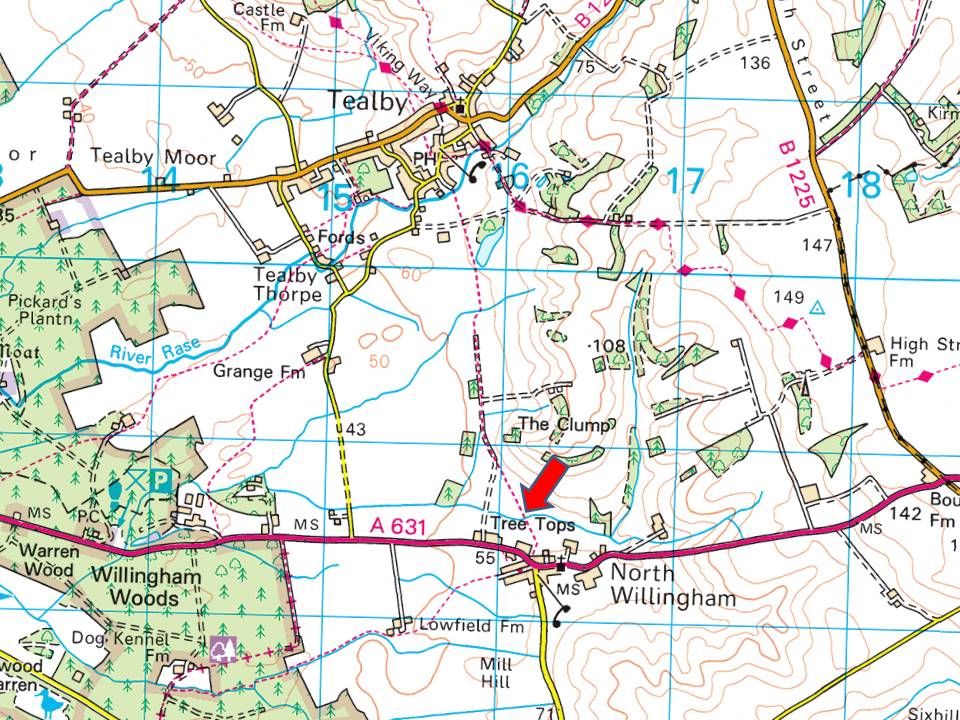